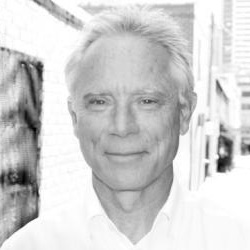 The founder of Cahoots, Bill forged a path within the Media from the age of 18. Moving from being a journalist in Perth and then Hong Kong, he wound up in Sydney working on The Paul Hogan Show. World Series Cricket and by 1985 was CEO of Hoyts Edgley Productions (film). Bill then founded Grand Prix Sailing 18foot skiffs and ran the company for 11 years nationally and internationally.

After retiring from the sailing scene Bill gathered up all his experience and founded Cahoots on the back of a strong commitment to family. Cahoots has grown under Bill’s leadership and is now an industry leader in the sharing of knowledge and stories that influence and connect people.

Thank you! Your submission has been received!
Oops! Something went wrong while submitting the form.